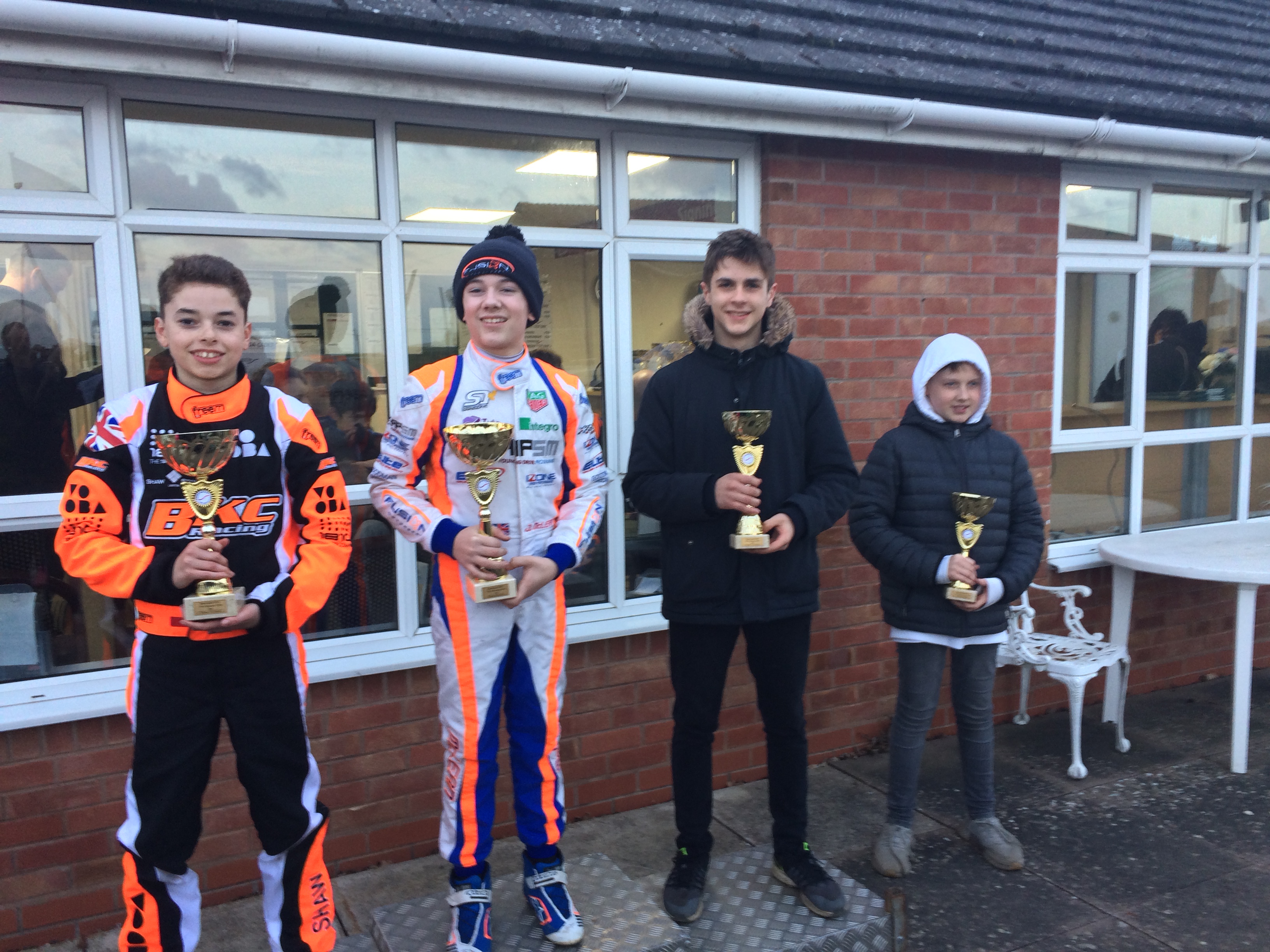 The Second Round of the Winter Series 2019 Karting Season took place at Shennington (UK) for Alessandro Ceronetti.

The result he achieved in the final can be quite satisfactory with a podium in P3. Racing conditions on Sunday were not particularly easy due to a degraded performance issue on the front tyres right after Heat 1. At the end, the Kart looked average all Sunday despite the few changes made to improve the grip. Alessandro managed to contain the “collateral damages” and now he is still  second in the Championship. And the gap from his Team mate Sam Shaw is reduced to two points only.

“Random Grid this time for this Winter Series 2019 in Shenington. In the first Qualifying Heat I started in P11 and finished in P2. In the second one in P19 with a P4! The two combined results placed me to start in P2 in the Final beside my Racing Team mate. The Final has just been an attempt to get away being able to overtake in the first corner Sam Shaw. However after leading the first ten laps I dropped to P3 losing the pace every lap due to a consistent increased under-steering. This has been a disappointing result, considering we had an extremely competitive pace on Saturday and I was confident to win my first race of 2019!”.

Thanks to BKC Racing Team Principal Rob Dodds, Team Manager Alex Ferris, and dad for the hard endless effort put on the spanners to improve the wagon on time for the final.