Last weekend Alessandro Ceronetti and Fusion Motorsport were at the Cumbrian circuit of Rowrah for the British Karting Championship (BKC) 2019. This round ended with a positive result that Alessandro deserved, being one of the fastest drivers of the event. A P3 in Round 7 and a solid P2 in Round 8 in a field of 36 Junior X30 drivers.

On Saturday the Fusion Motorsport driver qualified 16th overall after being heavily penalised by the Race Director due to a suspect track impediment. Despite of that Alessandro finished 6th and 3rd in his respective Heats. This result allowed him to start the Final in P5 ending in honourable P3.

Sunday was a slightly different story from the driving and set up performance point of view. Ceronetti put on a better P12 overall in Qualifying and finished 5th in his respective Heats. The Final starting grid position was a bit compromised demoting him to start from P8. However the Italian champ managed to end his endless fighting race with a P2 this time.

“A weekend full of positives to take into account and lots learnt at the same time! A good points haul too, having been the first time in the championship to have gained points on the leader! Saturday was a successful day for me and the team, having achieved a podium lockout in our team! Massive well done Josh and Georgie!
Sunday I managed to solidly confirm what we saw to be as good as on Saturday. Having been so close to victory, wasn’t enough to close it and ended up on the second highest step of the podium”.

The current Championship Standing see the Stratford-upon-Avon’s boy moving up from P8 to P7 with a gap of 40 pts from the leader.

So next up is the prestigious Motorsport UK Kartmasters British Grand Prix at the International Class A Circuit of PFI, coming up in the first week of August. 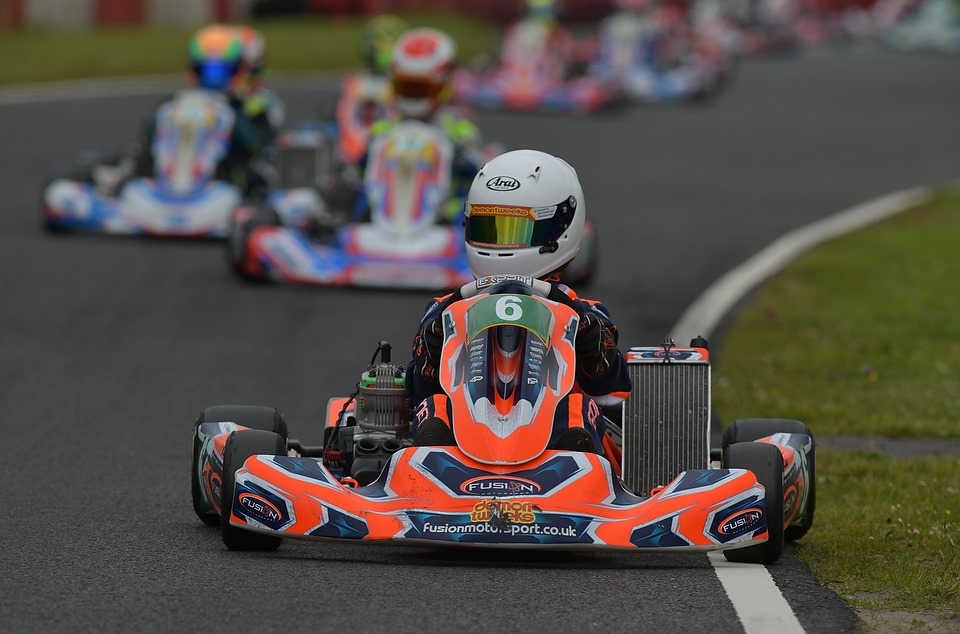