Last weekend Ceronetti and BKC were in Shenington for the British Karting Championship 2019. This round did not bring the expected result that Alessandro Ceronetti and his Team BKC deserved. A disappointing P3 in Round 3 and a devastating P31 in Round 4 in a field of 41 Junior X30 drivers.

On Saturday the BKC Driver Qualified 5th overall and finished 8th and 2nd in his respective Heats.
This result allowed him to start the Final in P6 and end in P3 scoring a good podium.
The Italian hero Ceronetti put on a terrific show on Sunday with wins in both of his heats. This smashing performance allowed Alessandro to grab Pole Position in the Final. But there would be devastatingly cruel luck to befall Ceronetti. Whilst battling for victory, he suffered a right rear puncture and would crawl home to the pits to retire with a real promise for victory.

“After securing very good results in the heats, and starting the final positively, I was a victim of a puncture mid-race. Absolutely gutted for me and my Team. Another final of what could have been after the incredible pace I showed earlier on Sunday. I lost some precious championship points, but ready to make it all up at the next round at Larkhall in Scotland, where last year it gifted me a brilliant podium. Can’t wait to get back out on track!”.

The current Championship Standing see the Stratford-upon-Avon’s boy dropping in P8 with a gap of 41 pts from the leader and 8 races to go.

So next up is the Fifth and Sixth Rounds of the British Karting Championship 2019 at the Scottish circuit of Larkhall (UK) coming up next month. Will Alessandro and his Team BKC be again in a competitive position to claim the final victory? 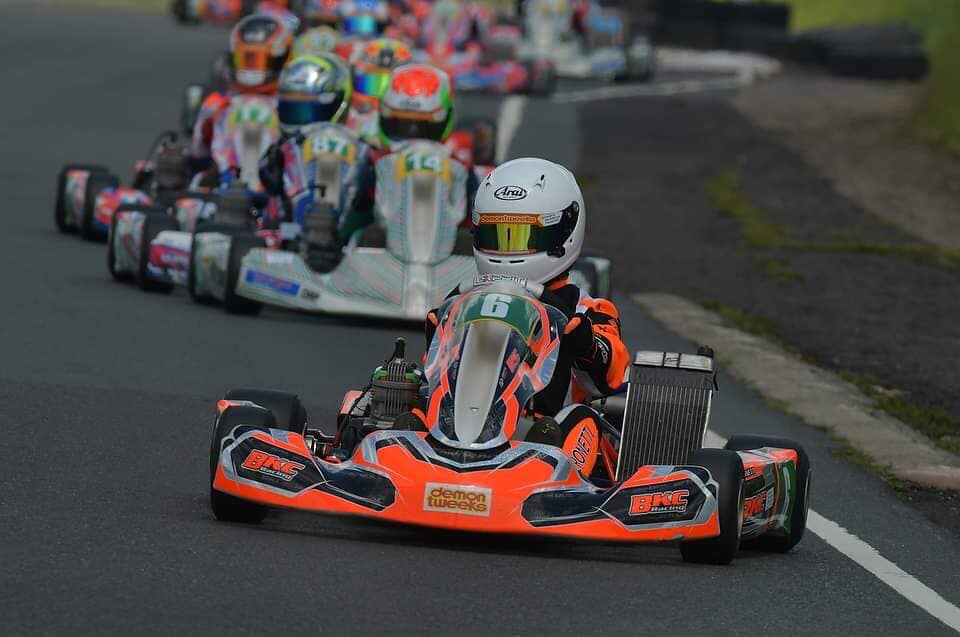